It is the belief of Stuart Hogg that the time has finally come for Scotland to shine in the RBS 6 Nations as he hopes that his team would keep their concentration high and continue working hard as well. 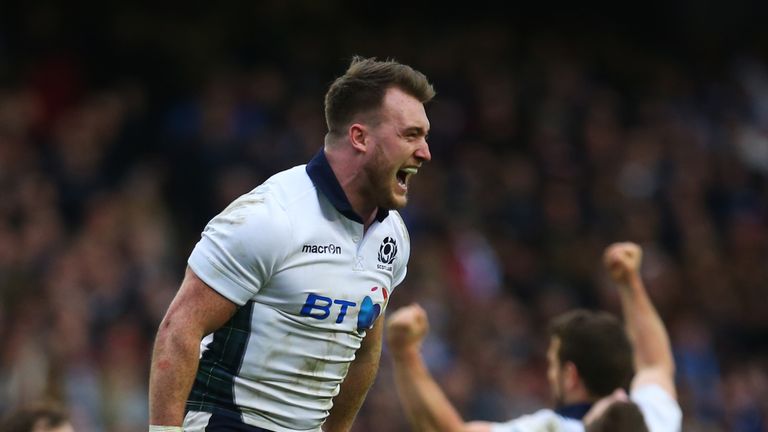 The full back for the Dark Blues is in high spirits and full of hope for the campaigns next year, following a round off of the year on a high note with an encouraging autumn series.

After a narrow loss to Australia, the Scots followed up with a win over Argentina and Georgia as well.

Following several let downs in the Six Nations, Hogg now believes that it is possible for his Vern Cotter’s led side to register no less than three wins which would be their first since 2016.

Hogg had scored twice during the six-try 46-16 demolition of the Georgians last Saturday, in the game played at Rugby Park. He said,

“Is this our time? I believe so. We’ll just keep concentrating on ourselves, we’ll keep grounded, and we’ll keep working hard.

“We fully believe each other and will back the coaching staff over the hill and back. We’re ready.”

“Can we get achieve something like three wins in the Six Nations? I believe so. We’ve got good depth in our team. Everyone is competing for places which makes training a lot, lot better.” He concluded.

For the first time since 2010, Scotland ends the year with a lot more victories than losses and Hogg believes that the new crop of youngsters such as Ali Price, Alan Dell, and ZanderFagerson currently striving to break into the team gives them more hope.