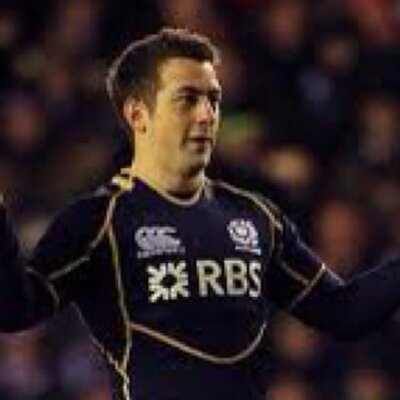 Fans were found to be rejoicing the victory of Scotland rugby across the world after the game ended on Saturday. Italy must have wondered at the end how the tables turned though the match continued to be a close one between the two teams. Italy did start off playing better rugby as they have done so before and been successful against their opponents. However, there was a late kick that was surrendered and it seems that the penalty that Greig Laidlaw obtained for his team cost them the victory this time.
END_OF_DOCUMENT_TOKEN_TO_BE_REPLACED

Bernard Laporte is fronting the bid of France to host the Rugby World Cup of 2023. With Italy having pulled out of the running, now France finds themselves contending against South Africa and Ireland for the honor.

When asked about the rivals of France, Laporte knew he had a tough battle on his hands to bring the Rugby World Cup to France. “It is like a rugby game” he said. “You should see your strength and what could be best done by you rather looking at the opposition. Both Ireland and South Africa will make strong bids; we have to ensure that our bid remains stronger than both of them.”

The latest sports odds from the best bookmaker in UK – William Hill suggests that Ireland are currently the front-runners, but with France in a close second.

Laporte recently visited Edinburgh fishing for votes, choosing Egalite and Fraternite; he said how he will curry the support of Scottish. Laporte said “The very first aspect that will come into play will be the economy. So, to the World Rugby, the French bid will remain of the highest economic value.”

“Second aspect we have strength in is in the experience of holding international events, then we have that a lot and the third aspect will be the infrastructure, then here too we are strong as we upgraded everything before Euro 2016 last year. So, in all three areas we are good, as far as the infrastructure is concerned, then we will be spending more on facilities if get the opportunity for hosting the 2023 Rugby World.” He added.

One of the sweeteners that Laporte is using to try and get the Scottish voting executive on-side is a plan to work togethr to give fans an experience they will never forget. “The team will set up a ‘House of Scotland’ near to the location of Scotland’s team, anyone will be allowed her to come and learn about Scottish culture history and watch all the games of Scotland” he said.

“This will be built up in conjunction with the SRU and local rugby club. This will be done to further establish the links between French rugby community and the Scottish fans during the event.”

Chris Paterson announced an end to his international career in December and he represented Scotland for the last time in their World Cup defeat at the hands of England at the World Cup.

He was awarded an MBE by the Queen in the New Year’s honours list. It is a fitting tribute to Scotland’s record cap holder and highest points scorer.

Scotland fans will have the chance to pay their own tribute to their legendary hero in their opening match of the Betfair Six Nations 2012, also to be played against England, this time at Murrayfield.

Paterson will be present at the game to present the match ball to the referee prior to kick off. He has said of the opportunity “I’ve always treasured the support I’ve had throughout my career” he also talks of “getting goose-bumps with some of the cheers I’ve had at Murrayfield.”

As well as a being a chance for the Scotland fans to bid a fond farewell to one of their all time greatest players Paterson is relishing the chance to not only return the farewell, but to give a massive thank you to the supporters who were with him throughout his career. He has maintained that his main reason for being at the match though, is not a sentimental one. He says he will be there “firstly as a supporter, and secondly to say thanks.”

The Scotland crowd and players are no doubt likely to be eager to cause an upset against England and gain some sort of revenge for their World Cup exit. In the last two encounters at Murrayfield, the supposedly dominant England have failed to defeat the Scots. The Rugby Union Betting markets suggest England have the upper hand in this battle though.

The presence of Paterson will no doubt make the atmosphere that extra bit special and they will no doubt do all they can to triumph over the Auld enemy and reclaim the Calcutta Cup.